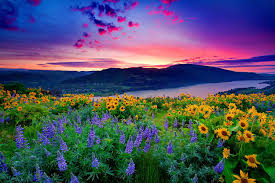 On October 7th, 2019, , L. Jane Nelson-Ott age 79,  crossed the Rainbow Bridge to collect her dogs that had passed and reunite them all in their forever home with her and other special friends and family.

Railroad jobs transferred the family to Fargo, ND then on to Whitefish, MT where Jane graduated in 1957. After graduation, she made her way back to Minnesota where she went on to secretarial school at the University of Minnesota for two years. This led to office work with various employers including the Department of Defense – Navy; Norman Stewart (legal secretary); Allen Arthur Company and Architecture Technology Corporation (ATC) as the Office Manager. In each of these positions, she always gave 110% into each one; loving the staff as well as the work.

In 1968, Gene and Jane Anderson welcomed their only child, Julie Lynne into the world. In the 1990s they parted ways and Jane reconnected with her high school sweetheart, Glenn Ott. They married on June 20th, 1998 and were happily married for 21 years. They have wonderful memories of fishing trips, and travels to various locations including Alaska, Michigan, Paris, England, Ireland and Mexico.

After working for ATC for over 20 years, she retired only to jump right into volunteer work. She made quilts for Veterans at the VA home, and the Flathead Quilters Guild Outreach Distribution Program; and was part of the Women Who Wine Group. Her pride and joy though was working as treasurer for the first dog park in Kalispell, Paws To Play. As treasurer, she put forth substantial effort in Paws To Play becoming a 501c3 public charity.

She is preceded in death by her parents, Clarence and Betty Nelson, several beloved cousins and of course all of her dogs that she looks forward to joining in heaven.

Final internment will be held at a later date at Greenwood Methodist Cemetery in Loretto, MN. Friends are encouraged to visit our website at www.buffalohillfh.com to leave notes of condolences for the family. Buffalo Hill Funeral Home and Crematory caring for the family.