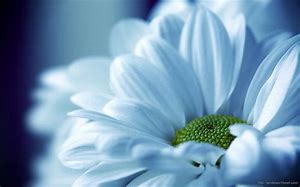 Launa Crede Lackey, 74, passed away at home on Nov. 2, 2019, after an 18-month battle with amyotrophic lateral sclerosis (ALS).

Launa was born to Joe and Marcy Crede on Jan. 30, 1945, in Sargent, Nebraska. She joined brother John. Joe was a flight engineer for TWA and as a result the family moved several times. Preschool years were spent in Cairo, Egypt, grade school years in Prairie View, Kansas, and high school years in Fullerton, California. Along the way Launa became a champion swimmer, and avid surfer and skier. She decided on a career in education helping young people.

Launa earned a bachelor’s degree from Northern Arizona University and master’s degree from the University of Colorado - Boulder. She spent close to 30 years teaching, inspiring, and counseling students in elementary, high school and college settings. She was an a advocate for education and children.

Launa met Jim Lackey in a bar in Boulder. They wed two years later on April Fool’s Day and began a 45-year adventure together. They decided to move north and spent eight years in the Gallatin Valley. Sons Jebb and Cole were born in Bozeman. The family lived in Sitka, Alaska, for six years and spent one year in Prescott, Arizona. They have lived in the Flathead Valley since 1989.

Launa greeted everyone with a smile. Her enthusiasm and fun personality were an addition to any group.

Launa was creative and artistic. Her passion was metal sculpture and her piece, “Marcy Mae,” has greeted thousands of women as they enter the Image Center in Kalispell. Her creations grace many homes and make people smile.

Launa was a giving person. She liked to make life better for other people. She enjoyed being an active member of the Lakeside Community Club and looked forward to weekly games of mahjong. She loved to talk on the phone with her friends and was not above a bit of gossip.

Launa and Jim have spent the last dozen winters with their Canadian and Mexican friends at the Flamingo Trailer Park in Rincon De Guayabitos, Mexico. A gathering will be held in her honor at the Flamingo next January.

After learning of her terminal disease, Launa decided she wanted to attend her own celebration of life party. On March 31, friends and family, of all ages, joined for a Mexican potluck, dancing and many hugs. The party also celebrated the 45th anniversary of her marriage to Jim.

During the last several months Launa was blessed to receive many cards, flowers, prayers and visits from old and new friends. Some of the words said about Launa include: fun, gracious, giving, smart, inspirational, creative, amazing, kind, thoughtful, compassionate, loving and talented. A tribute to a wonderful woman.

She is survived by the most important thing in her life and her legacy: her family. Husband and best friend Jim; son Jebb and wife Shanti, grandson Tayen and granddaughter Carys; son Cole and wife Heather, grandsons Jax and Bo; and her beloved goldendoodle Hank. This group, affectionately known as the LacPac, will deeply miss her guidance, wit, passion for having fun and her unconditional love. In her words Launa said, “Parenting is the most difficult job I have ever done and a lot of the time I was not sure I was doing it right - but my two sons are the joy of my life.”

The family thanks the Kalispell Regional Healthcare system for their excellent care. Special thanks go to the entire staff at Woodland Clinic and the team at Home Options.

The family will have a private service in the future.

To send flowers to the family or plant a tree in memory of Launa Crede Lackey, please visit our floral store.

You can still show your support by sending flowers directly to the family, or by planting a memorial tree in the memory of Launa Crede Lackey
Share a memory
© 2020 Buffalo Hill Funeral Home & Crematory. All Rights Reserved. Funeral Home website by CFS & TA | Privacy Policy | Terms of Use