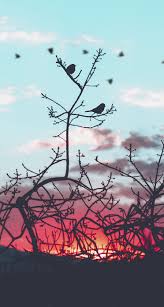 Marge Keith, 85, of Kalispell Montana passed away with family by her side on Wednesday, October 9th at Immanuel Lutheran Home.  She was born July 28th 1934 in Plaza North Dakota to Barbara and Louis Kok.  She was the 7th born of 8 children.

Marge was a graduate of Saint Leo’s High School in Minot North Dakota, and then graduated nursing school from Valley City, North Dakota.  She moved to Kalispell Montana in the 50’s and met her husband Harry C. Keith (Mike).  They moved to Great Falls in 1960 where they raised their 3 children for the next 16 years.  Marge couldn’t stay away from the beautiful Glacier Park so she moved back to the valley in 1976 where she eventually became the director of nurses for Immanuel Lutheran Home until retirement.

Marge was passionate about spending time with her family and friends.  She also enjoyed golfing, cross country skiing, Glacier Park, and singing in choirs.  Marge was best known for always having a smile and a hug for everyone.  Volunteering was something Marge did with great love.  She was instrumental in setting up the Crisis Center in Great Falls, and in Kalispell she helped set up the dementia unit at Bratsberg Memorial.  Marge continued volunteering with Al Anon, her church, and many other things.

Services for Marge will be held Friday, October 18th 11:00am at Risen Christ Catholic Church in Evergreen.  In Liew of flowers, donations may be made in Marge’s honor to Immanuel Lutheran Home.  The Keith family is being cared for by Buffalo Funeral home in Kalispell.