Share a memory
Obituary & Services
Tribute Wall
Read more about the life story of Basilios and share your memory.

Basilios "Bill" Margaris, age 89 of Kalispell, Montana, former Havre resident and Great Falls native passed away at his home Monday evening, January 16th, with his daughter Maria by his side. Bill was born on March 14, 1933 in Great Falls, Montana, the last of 4 children born to Louis and Theodora Margaris, immigrants from Greece. Bill attended "Greek school" every afternoon and learned not only to speak, but also to read and write in Greek. He graduated from Great Falls High School in 1950 and achieved his B.S. degree from the College of Great Falls in 1954, followed by Montana Deaconess Hospital School of Medical Technology in 1956. He also completed the Saint Louis University program in Hospital Executive Development in 1982. Bill was a registered Medical Technologist with the American Society of Clinical Pathologists 1956 - 1977, received the Medical Technologist of the Year Award for Montana in 1976 and was a licensed Nursing Home Administrator.

On January 15, 1956 he married Despina Lourbis in Missoula, Montana. For 67 years the pair made positive impacts on so many people. Bill could often be found snow blowing the neighbors' driveways, sitting at the hospital with sick friends, delivering food, giving people rides and loaning out his car. He always put the needs of others before those of his own. With a quick wit, great sense of humor, a gruff side, and a heart of gold, he had an uncommon decency.

He served at the U.S. Army Surgical Research Unit in Fort Sam Houston, Texas, from 1956 to 1958. Bill was employed by W.W. McLaughlin, M.D., Pathologist in Great Falls, Montana from 1958 - 1962. He moved with Dr. McLaughlin to Havre to start the first hospital on the highline. He was employed by Kennedy Deaconess Hospital/Northern Montana Hospital in Havre, Montana from 1962 - 1995.

Bill lived life to the fullest, and his interests were vast. He competed in stock car races and loved to drive; he played competitive marbles; and he played pool. He was interested in art, and collected coins. Bill was an avid sportsman, camping, fishing, and hunting and he began golfing when his girls were young. Bill was an accomplished athlete. He was the 1945 Great Falls Recreation Department Horseshoe Champion, pitched for the Great Falls American Legion Junior baseball team, 1947 - 1950, and played on the Great Falls High School Bison basketball team 1947 - 1950, as well as the College of Great Falls Argonaut basketball team, 1951 - 1954.

Bill was active in his community. He was a Life Member of Havre, MT, Lodge No. 1201 ELKS and a LIONS club member, he served on Montana Society of Medical Technologists board member, 1969 - 1976, and was a Montana Medical Education & Research Foundation board member , 1972 - 1977 where he was Vice President 1976 & 1977. Bill was a lifetime member of the Greek Orthodox Church in Great Falls, Montana, as well as President of the Greek Orthodox Community of Havre, Montana, 1975 - 1985.

Bill served as Hill County Chapter American Red Cross board member, 1972 - 1977, service to Military Families, 1975, and he was chairman of the committee that introduced the 1st Montana 911 Emergency calling system in the state which began in Hill County. He was a member of American College of Health Care Executives, and a Charter member and President of Northern Montana Hospital Federal Credit Union, 1969 - 1994.

Bill retired from Northern Montana Hospital in 1995. He and Des moved to a new home designed by her that they had built on the 6th green of Glacier Village Greens Golf Course in Kalispell, Montana. They were the last of 5 life-long friends to make this move to Village Greens. Their new home was Des and Bill's "Treasure at the end of the rainbow." They loved entertaining, and Bill loved the Greek food and pastries that Des made. For the next 30 years Bill played 18 holes of golf almost every day the course was open and he had three (3) Holes-In-One at Glacier Village Greens Golf Course. When he wasn't golfing, Des and Bill would be traveling to Michigan or Seattle to see their daughters and grandchildren. Their most memorable trips include traveling to Greece to see where their parents were born, and visit relatives. In May 2022 they went to San Diego to see their grandson, Niko, graduate at San Diego State University. Bill enjoyed the trip immensely.

Survivors include his wife Despina of Kalispell, two daughters, Michelle Sloane (Mark) of Portage, Michigan, and Maria Margaris (Robert Bird) of Auburn, Washington, one granddaughter, Stephanie (Brett Pearce) of Portage, Michigan, along with three great granddaughters Athena, Ellie and Jade Pearce, and one grandson, Nikolas (Niko) of San Diego, California. He is also survived by his brother, Jim Margaris of Great Falls and Sandy, Utah and numerous nieces and nephews.

He was preceded in death by his parents, an uncle George Christ, a sister Ann Yarmey of Scobey and Missoula, and a brother Dr. John Margaris of Great Falls, Montana.

The family would like to thank Loyal Care and especially Nicole for her gracious, respectful assistance with Bill's care.

A private Trisagion service was held in Kalispell. A burial service will be held this spring.

To send flowers to the family or plant a tree in memory of Basilios Margaris, please visit our floral store. 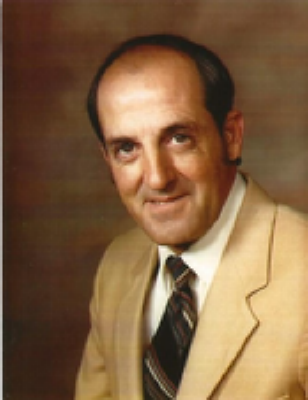 Look inside to read what others
have shared
Family and friends are coming together online to create a special keepsake. Every memory left on the online obituary will be automatically included in the book.

You can still show your support by sending flowers directly to the family, or by planting a memorial tree in the memory of Basilios Margaris
SHARE OBITUARY
© 2023 Buffalo Hill Funeral Home & Crematory. All Rights Reserved. Funeral Home website by CFS & TA | Terms of Use | Privacy Policy | Accessibility