Share a memory
Obituary & Services
Tribute Wall
Read more about the life story of Curtis and share your memory.

Born Oct. 2, 1943, in Lewistown, Montana to Herb E. and Lydia S. Kennedy, Curtis peacefully passed away on Jan. 17, 2023, in Kalispell with his wife by his side. Curtis grew up in Lewistown. He attended Lewistown High School until he received his GED. As a young boy he desired to follow in his father’s footsteps working construction and he worked road construction several years with his father, until he moved into the world of concrete. He drove cement trucks in several cities in Montana, Idaho and Washington. In 1980 he was recruited into management with Pack & Co. in Kalispell, later sold to Nupak. He worked for them until being recruited by L.H.C. in 2002. He worked in management for L.H.C. until his retirement in 2016. Curtis loved working in the concrete world, he achieved many awards due to his knowledge of concrete. Curtis had two beautiful daughters: Christine and Caryn, he was also blessed with a bonus daughter Kathy Entzel. He also gained two sons, Steven Thomson and James Gould, when he married Connie in 2009. He is survived by wife Connie Kennedy of Kalispell; his daughter Caryn Kennedy of Kalispell; stepsons Steven Thomson (Ashley) of Kalispell and James Gould (Brittany) of Kalispell; cousins Carma Adamson of Conrad, Rita (Deedee) Stokes of Conrad; Ann Thomson (mother-in-law) of Kalispell; brother Eldon Kennedy of Summerville, North Carolina; also his former wife, Pam Carbonari of Kalispell; grandchildren: Aleksa and Mia Thomson, Nevaeh and Madilyn Gould, Tiffany Crimins, daughter Zoey, Carissa Belaribi (Zoubir), Wesley Hass (Leslie), Melissa Fletcher (Curtis); Aleisha Carlson (Evan); also 13 grandchildren.

A celebration of life will be held at a later date.

I love you Curtis,

Forever Your Mrs. Me

To send flowers to the family or plant a tree in memory of Curtis A. Kennedy, please visit our floral store. 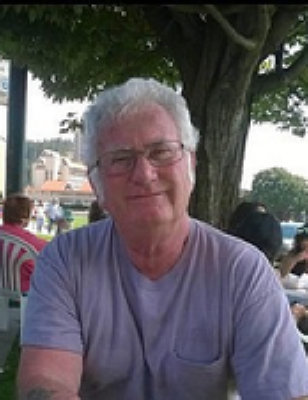 Look inside to read what others
have shared
Family and friends are coming together online to create a special keepsake. Every memory left on the online obituary will be automatically included in the book.

You can still show your support by sending flowers directly to the family, or by planting a memorial tree in the memory of Curtis A. Kennedy
SHARE OBITUARY
© 2023 Buffalo Hill Funeral Home & Crematory. All Rights Reserved. Funeral Home website by CFS & TA | Terms of Use | Privacy Policy | Accessibility