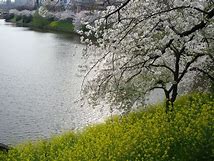 On Nov. 12, 2021, George “Frank” Warburton, 88, died peacefully of natural causes in Kalispell, and went to “The Happy Hunting Ground in The Sky.”

Frank, the name everyone knew him by, was born in Deer Lodge, Dec. 18, 1932, to John and Anna May Warburton. He spent many years in the Elliston/Avon area. During his lifetime, he worked hard at many jobs including for the city of Helena, and he was the last surviving worker from the famous Drumlummon Mine in Marysville. Frank was full of colorful stories from his experiences in the mine. He also served honorably in the Air Force and then joined the Montana Army National Guard where he worked as a cook for 15 years. In 1974, the family moved to Somers where he was half-owner of a cedar fence business with his good friend Lawrence Periman. Then he worked at the tie mill at Somers until an injury forced him to retire.

Frank and Donna Pocha married on Aug. 15, 1953; they enjoyed 64 very happy years together. Even in their 80s, they held hands and enjoyed being together. Donna preceded Frank in death on Dec. 30, 2017. Following Donna’s death, Frank was heart-broken; knowing they are reunited in heaven is a great source of comfort to his family.

The Warburtons raised six children, Dave, Jan, Bill, Rick, Lori and Teresa. Sadly, both Lori and Teresa died as teenagers in separate car accidents, leaving their family devastated. Frank and Donna also took in Frank’s nephew George Eden following the death of his parents; George was considered one of the kids and was a big part of the family. He was killed in Vietnam in 1968 at the young age of 20.

The entire Warburton clan remained close over the years and loved nothing more than gathering as many as possible as often as possible. Frank was a great cook who loved putting on a big feed for anyone who showed up at dinner time. Annual family summer trips to Camp Tuffit on Lake Mary Ronan were always a highlight for Frank and Donna, as well as the bi-annual family reunions at the Lions’ Sunshine Club Camp off McDonald Pass. Over the years, he and the family spent a lot of time at Valley Speedway where he both participated and watched others race at the dirt track stock car races.

Blessed with a raging sense of humor, Frank could always be counted on to make a funny wise-crack, tell a joke, sneak up on someone to surprise them, or play a practical joke — always with a wonderful twinkle in his eye. He was passionate about many things, and his wife and family topped the list. He loved meeting all the new babies and just glowed whenever family members called or came to visit and keep him company. Pops got a kick out of teaching the young ones how to play cards, cook, fish, or a number of other things grandpas excel at. Frank really enjoyed hunting and fishing with his sons and grandkids, cooking, reading and talking about Montana history, going to garage sales and thrift stores looking for “treasures,” making (and giving away) countless jars of his amazing huckleberry and strawberry and raspberry jams, and getting together with friends. A good chunk of his time was spent at many of his favorite fishing places around Kalispell — usually with several family members joining him. An accomplished fisherman, he received acclaim for his impressive catches; in 1974, he even set a world record for the 41-inch rainbow trout he caught on the Little Bitterroot.

For Frank, hunting was about more than just getting the elk or deer; it was almost a religious experience. He appreciated the solace he found in the beautiful mountains of western Montana as he shared the experience with “his boys.” And he loved cooking up delicious meals all year from the meat he got during hunting season.

Frank is survived by his kids, all of whom live in Kalispell, Dave Warburton (Cheryl), Jan Ward, Bill Warburton, and Rick Warburton (Pam). He is also survived by his large extended family, his brother-in-law Gary Dunn (Judy), many nieces and nephews, and by Kali, his faithful dog.

He was preceded in death by his wife, Donna, his daughters, Lori and Teresa; his parents; one brother, two sisters; and his nephew George Eden.

Frank’s body has been cremated and a memorial service will be held next spring. Those wishing to make a donation in Frank’s name are welcome to select the charity of their choice.

Buffalo Hill Funeral Home in Kalispell is helping the family with arrangements.

His family will always remember Frank as strong, hard-working, generous, kind, and a fun person to be around. But the most important thing we will remember about Frank is how family meant everything to him. He and Donna were dearly loved and are sorely missed.

Give Donna a hug for us, Frank; the world was a better place with the two of you in it.

To send flowers to the family or plant a tree in memory of George E. Warburton, please visit our floral store.

You can still show your support by sending flowers directly to the family, or by planting a memorial tree in the memory of George E. Warburton
Share a memory
© 2021 Buffalo Hill Funeral Home & Crematory. All Rights Reserved. Funeral Home website by CFS & TA | Terms of Use | Privacy Policy