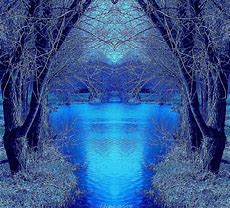 Gloria Ann McDonald, 91, went into the arms of Jesus shortly after midnight, 11/12/2020. Born Gloria Ann Cole, on 8/2/1929, in Shawnee, OK, she was later adopted to become Gloria Stuebe, graduating from Bigfork High School in 1947. She worked as a court stenographer, and as a secretary to Judge Rankin of Helena.  Marriage to Theodore McDonald, 9/9/1949, was followed by the addition of four children.  After several moves, the family settled in Columbia Falls and later, Gloria lived the rest of her time at the Montana Veteran's Home.

Gloria is survived by a sister, an uncle in Arkansas, many cousins, several great grandchildren, two grandchildren, and three children. She is preceded in death by her parents, a brother, and later one son.  A family gathering will be held in the spring of next year.  Memorials may be made on her behalf to VFW auxiliary or the American Legion, for their volunteer work with Veterans.

Friends are encouraged to visit our website at www.buffalohillfh.com to leave notes of condolences for the family. Buffalo Hill Funeral Home and Crematory caring for the family

To send flowers to the family or plant a tree in memory of Gloria McDonald, please visit our floral store.

You can still show your support by sending flowers directly to the family, or by planting a memorial tree in the memory of Gloria McDonald
Share a memory
© 2020 Buffalo Hill Funeral Home & Crematory. All Rights Reserved. Funeral Home website by CFS & TA | Terms of Use | Privacy Policy