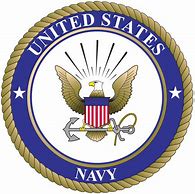 Harry “Tuner” Mular Jr., passed away peacefully June 10, 2020 in the loving company of his family while listening to his wedding song, “I Left My Heart in San Francisco”. Harry was an avid outdoorsman who loved Montana, its nature and wildlife. He was also a lover of English literature and was renowned for his effortless recitation of Jeffrey Chaucer’s Canterbury Tales in a perfect Old English dialect. Harry was commonly approached by former students, greeting him with their favorite Old English lines. Harry absolutely delighted in these moments and was known to be one of the most loved and well-respected teachers at Flathead High School.

Born December 11, 1933 in Beulah, N.D., Harry and his family moved to Butte, Montana, a town that Harry loved and deeply respected. Eager to serve for his country, Harry lied about his age and enlisted in the United States Navy, where he was a 3rd Class Petty Officer, an airplane mechanic and received the National Defense Service Medal. Harry served in the Korean War and was honorably discharged in October of 1954. On July 21, 1956, Harry married MaryAnn Casagranda in Butte and moved to Dillon shortly thereafter, where Harry attended Western Montana College of Education and earned his Bachelor’s Degree in English and Social Sciences. Harry moved to Kalispell after college and proudly worked at Flathead High School for 34 years, where he pioneered 2 classes embracing his greatest passions: British Literature and Outdoor Literature. Harry received his Master’s Degree in Education from the University of Montana and remained a lifelong Griz.

Harry is survived by his children, Jeff and Jacque, his grandchildren, Rycen, Elliott and Oliver and his brother-in-law Jim Fischer and his sister-in-law Ruby Mular. Harry was predeceased by his beloved wife of 45 years, MaryAnn Mular, brothers Jim, Bill and Andy, his sisters Helen Fischer and Zana Ankeny, his brothers-in-law Jack Casagranda and Skip Ankeny, his sisters-in-law Judy Casagranda, Flo Mular and Lois Fischer.

A celebration of Harry’s life will be held at the Elks Lodge from 4-6 pm on July 3rd.

In honor of Harry’s love for literature and the outdoors, a donation will be made to Flathead High School. Buffalo

To send flowers to the family or plant a tree in memory of Harry Mular Jr., please visit our floral store.

You can still show your support by sending flowers directly to the family, or by planting a memorial tree in the memory of Harry Mular Jr.
Share a memory
© 2020 Buffalo Hill Funeral Home & Crematory. All Rights Reserved. Funeral Home website by CFS & TA