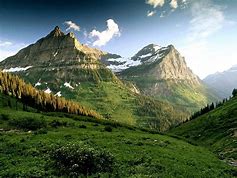 Jack’s life involved numerous ups and downs in both his business and personal affairs. He started more business enterprises than can properly be enumerated here ... including fast food restaurants in the early ‘60s, farming and ranching operations, real estate dealings, gold mining in Montana, bowling alleys, pawn brokerage, and more. He was the quintessential entrepreneur ... always thinking of a new way to make a buck. In personal affairs, he had two marriages, which ended in two friendships — because a person could not “unlove” him. His personality was strangely, intensely magnetic, and he loved to have a good time. His smile never failed to brighten. Throughout his adult life he was very involved in Alcoholics Anonymous, helping many folks with similar struggles in his 50 years of sobriety. He was particularly proud of his West Texas ranching heritage and his strong handshake reflected his belief in the sanctity of honoring one’s word. Jack D. Jones was the eternal optimist. His zest for life was unparalleled and the passing of this character left a hole in the world, which cannot be filled.

There will be a celebratory “get together” at Sykes Restaurant (202 2nd Ave. West in Kalispell) on Friday, March 6, from 11 a.m. to 1 p.m. Appetizers and drinks will be provided.

In lieu of flowers, the family requests that tax-deductible donations be made to: Alano Club of Kalispell (Alcoholics Anonymous), P.O. Box 9762, Kalispell, MT 59904.

To send flowers to the family or plant a tree in memory of Jack D. Jones, please visit our floral store.