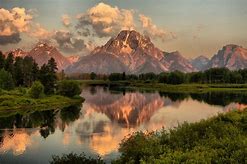 Jason was born in Doylestown, Pennsylvania, on May 12,1977, to parents Donald A. Mueller and Susanne Mueller (deceased).

Jason attended Avon Old Farms School in Avon, Connecticut, and was an outstanding wrestler. He graduated from the University of New Hampshire with an engineering degree.

After a short career at Harvey Construction in New Hampshire he moved West. He worked for a log home builder in eastern Wyoming before he moved to the Flathead Valley in Montana and founded Rock River Builders LLC in 2005 followed by Flathead Dustless Blasting in 2016.

Jason married Misty A. Jones on June 24, 2008, in Kalispell and attended Easthaven Baptist Church. Jason was a man of character. You could count on his word, he would help anyone around him. Everything he put effort into, he gave 110%. He not only taught our children but demonstrated knowing Jesus, relying and trusting God’s direction. Jason was a genuine man.

To send flowers to the family or plant a tree in memory of Jason C. Mueller, please visit our floral store.

You can still show your support by sending flowers directly to the family, or by planting a memorial tree in the memory of Jason C. Mueller
Share a memory
© 2020 Buffalo Hill Funeral Home & Crematory. All Rights Reserved. Funeral Home website by CFS