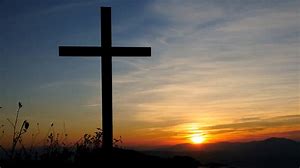 John Ceravolo age 94, passed away on September 23, 2021 at Logan Health medical Center. John was born February 23, 1927, on the family farm in Groton, Connecticut, to Dominick Ceravolo and Pauline Tripodi Ceravolo. John lived with his parents, 3 brothers and 2 sisters on the farm until he enlisted in the U.S. Navy. John served in both World War II and the Korean Conflict. He was awarded the Victory Medal and the American Theater Medal during his service in WWII. He was honorably discharged and returned Connecticut to graduate from Robert E. Fitch Senior High School with the class of 1945. After highschool, John owned and operated a gas station with shop; he was a skilled mechanic. John left home in 1950 to again serve his country in the Korean Conflict. During this tour of duty, John completed advanced Naval Training Courses for Enginemen. John’s most significant duty assignment was aboard the U.S.S. Essex, an aircraft carrier, where John served as an Engineer and was awarded the Korean Presidential Unit Citation, Korean Service Medal, United Nations Service Medal, China Service Medal, the National Defense Service Medal and the Good Conduct Medal. John was always modest about his service to his country. While in the Navy, John met his bride to be, May Deloris Coley, who also served in the Navy. They married January 23, 1954, at Tongue Point, Oregon. John and Dee returned to Connecticut and started their family. They had three children: Rosalee A. Bronson, Vanessa M. Ceravolo and Anthony J. Ceravolo and lived on the Ceravolo farm in Groton, Connecticut. John owned and operated two successful businesses in Connecticut. First, an Esso Service Station in New London and later, the Groton Automotive Center on Ceravolo property in a renovated garage. In 1975, John sold home and business and moved his family to northwestern Montana. John established the first Kalispell Army Navy Store. It was a family business and his children Rosalee and Tony both worked in the business with John. Even Vanessa had a law office on the mezzanine level after John remodeled the space just for her practice. John was a devoted son, husband, father, uncle, grandfather, great grandfather, and truest of friends. He lived his life focused on family, friends, God and country. We all were blessed by John’s love and generosity. John was selfless, generous, kind and gentle. He had the best smile ever. He lived life fully and treasured time spent with family and closest friends. John was a man of integrity. Honorable, dependable, trustworthy, generous, loving and kind. He provided well for his family. John was a true outdoors man, who enjoyed fishing and hunting. John loved taking his family on Sunday drives to Polebridge, Two Medicine, Many Glacier and Kintla Lake. John is forever loved and cherished; he will be deeply missed by his family and friends John loved music and to dance. After the loss of his beloved wife Dee in 2001, John met a lovely lady, Rita Dorn, while dancing at the Eagles in Kalispell. John and Rita spent the last 18 years together enjoying many activities and travel, including trips to Alaska, Africa, Italy, Mexico and Hawaii. Rita and John spent their winters in Las Vegas and their summers in Montana. Rita’s grandchildren came to know John as their grandpa and he loved them as his own. John was preceded in death by his parents, Dominick and Pauline Ceravolo, his brothers Anthony Ceravolo, Santo Ceravolo (Jenny), Frank Ceravolo (Rita), and sisters, Carmela Coupal (Frank) and Lila Dobson (Ken). John’s legacy lives on in his family. He is survived by his children, Rosalee A. Bronson (Jon), Vanessa M. Ceravolo, and Anthony J. Ceravolo. His grandchildren Ramon Cappis (Jessie), Tia Cappis, Devin Kuntz (Jill), Beau Bronson and Jessyka Ceravolo. His great grandchildren: Alaina Kuntz, Wesley Kuntz, Christopher Quintero and Isabella Bronson. Nieces and nephews, too many to mention, who loved their Uncle John and whom he loved greatly. Rita Dorn, his loving partner and closest companion the last 18 years, her children, David Dorn (Wendy), Randy Dorn (Sandy), and grandchildren, including Kevin Dorn and Erica Burstedt (Eric). All of us look forward to seeing John again in our true and heavenly home. Godspeed. In lieu of flowers, please donate and support our local Veterans’ organizations, Catholic churches and CASA in honor of John. A Rosary will be held at 6:00 p.m on Wednesday  October 6, 201 at ST. Matthews Catholic Parish, Mass of Christian Burial will take place at 12:00 p.m. on Thursday  October 7, 2021 at ST. Matthews  Catholic Parish with burial to follow  with Military Honors  at Glacier Memorial Gardens there will be a reception  following the burial at Buffalo Hill Golf Corse from 3:00 p.m to 5:00 p.m. Friends are encouraged to visit our website at www.buffalohillfh.com to leave notes of condolences for the family. Buffalo Hill Funeral Home and Crematory caring for the family.

To send flowers to the family or plant a tree in memory of John, please visit our floral store.