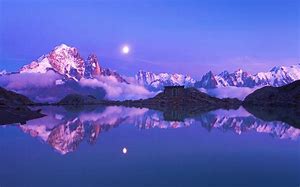 Lisa (Hanson) Anderson died at Kalispell Regional Hospital on February 2, 2021, after a 2-year battle with colon cancer and complications due to surgery.  She was 58 years old.  She asked to be cremated and her ashes spread in a preselected forest setting.  Since she knew so few people in Kalispell (after just moving there in November), there will be no funeral service.  Instead her ashes will be spread in the spring (date unknown), and the few here who knew her will gather for a Celebration-of-Life dinner.

Lisa was born in Sisseton, SD, to Virgil and Viola Hanson on November 27, 1962.  She started first grade in Belt, MT, and graduated from Belt Valley High School.  Her biggest adventure right after high school was travelling to Norway, where she could eat fish for breakfast, lunch, and dinner!

In 1985, Lisa was united in marriage at the Belt Methodist Church to Brian Anderson (of Vaughn, MT), and they were married for 15 years.  During their marriage, they lived in several states including Montana, Tennessee, Illinois, and California, as Brian was in the U.S. Navy.  Lisa worked various places such as the dry cleaners in Great Falls, MT (where they met), the White Hen Pantry, Peninsula Christian Child Care Center, and Pella Window and Door.  After their divorce, Lisa continued living in the San Jose area for a few years, took a road trip to the Branson, Missouri area (with thoughts of moving there), but ended up moving to Sisseton, SD, (where her recently divorced parents had both relocated).  In Sisseton, she worked at Woodland Cabinetry.

After a “college weekend” orientation in 2007, Lisa decided to attend RHEMA Bible Training Center in Broken Arrow, Oklahoma.  Her first two years laid the spiritual ground work, and after that she had to choose specialties—her 3rd year was “Pastoral” and her 4th year was “Missions.”  After that, she worked for Richard Roberts Ministries (son of Oral Roberts), until health issues prevented her from continuing on there.  Around that time, Lisa became involved at Healing Grace Church in Tulsa, and the church family there supported her, loved on her, and blessed her in every way possible, until she moved back to Montana to stay with her sister, Laura, and brother-in-law, Mike.

Lisa’s hobbies included reading, creating greeting cards and plaques on her computer, quilling, and singing in the choir.  She had a great love for cats and for rock collecting, which started when she was a little girl.  She also had an avid love for Jesus, just like her momma.

Lisa is preceded in death by her mother, Viola Hanson, who died at age 81.

Cards may be sent to Laura Beale or Virgil Hanson at P.O. Box 11118, Kalispell, MT 59904.  Please send no flowers due to allergies. Buffalo Hill Funeral Home is caring for the family.

To send flowers to the family or plant a tree in memory of Lisa Rae Anderson, please visit our floral store.

You can still show your support by sending flowers directly to the family, or by planting a memorial tree in the memory of Lisa Rae Anderson
Share a memory
© 2021 Buffalo Hill Funeral Home & Crematory. All Rights Reserved. Funeral Home website by CFS & TA | Terms of Use | Privacy Policy