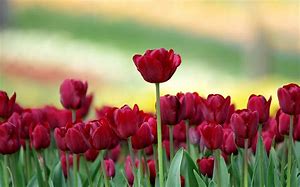 [Mary] Joan Davis-Gause, maiden name Jackson, was born on December 8, 1927, in Kalispell, Montana. While growing up, Jo loved to camp and fish with her dad. She also loved to visit her uncle’s ranch and lend a hand wherever she was needed. She discovered she loved to travel when she was able to go to New York City to visit her brother. Travel was temporarily put on hold when she married Loyal Davis in May of 1953. They had two children, Brian and Bruce, and Jo took them all over the outdoors in Montana and Canada, teaching them such things as camping and skiing. When Loyal passed, Jo put her energy into her grandchildren. Each one of them has fond memories of camping, skiing, water skiing, fishing, motorcycling, and playing outside with their Grandma Jo.

While traveling, Jo met and eventually married Bert Gause. The two of them were perfect travel companions. They went all over the United States, Mexico and even made their way to Europe. Their experiences were captured in pictures and stories passed onto to all who knew her. If there was something Jo wanted to do, she found a way to do it. Nothing held her back. Even after the passing of Bert, she continued to make her way to Yuma each fall and winter. She had a network of friends to make the trip with and create memories with while away from home.

Later in life, Jo settled down permanently in Kalispell. Her son Bruce moved back to Kalispell as well to be near her, and her Boise, Idaho family continued to visit her as often as possible. With each visit, it was as if no time had passed. Eventually, Jo had to leave the house she had lived in since marrying Loyal and transition to a new home at Wel-Life. Her son, Bruce, made sure she was never alone and visited often. Her son, Brian, stayed in contact through weekly phone calls. After he passed in 2019, her daughter-in-law Melanie wrote letters and visited as often as possible to stay in touch. Her special friend Vona and cousin Barbara Lawrence also made sure she had several visits a week so even though she could not be in her house, she was still very much at home. When she passed, she was with people who loved her, and she is survived by so many who miss her.

Jo had a life well lived packed with adventures and laughter. She passed peacefully on April 14, 2022. Although her life has come to an end, she lives on in the hearts of her son, daughter-in-law, grandchildren, great-grandchildren, and very special friends. Her funeral will be a celebration of the wonderful life Jo lived. The funeral will be held at Wel-Life in Kalispell, Montana at 10:00 am on April 21, 2022, with burial to follow at Conrad Cemetery. Friends are encouraged to visit our website at www.buffalohillfh.com to leave notes of condolences for the family. Buffalo Hill Funeral Home and Crematory caring for the family.

To send flowers to the family or plant a tree in memory of Mary, please visit our floral store.