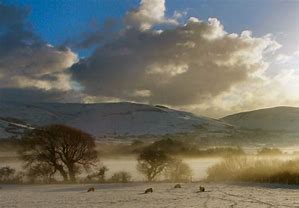 Ray was born to Anna (Damm) and William “Willie” Luft on August 28, 1943, in Williston, ND and grew up on the family farm near Froid, Montana.  Ray did well in school and was destined for college.  After graduating high school, he attended Montana State University, and received his degree in accounting.  In 1965, after graduating college, he married his high school sweetheart, Yvonne Nelson, and went to work in the banking industry in Great Falls, MT.  In 1966, they welcomed their first child, Deborah, soon followed by his second child, Stephen, in 1967.  After a few years in banking, Ray was promoted to head auditor for the bank company he was with, and he moved the family to the bank headquarters in Minneapolis.   Rhonda, his third child, was born in 1969 while they lived in MN.  But Ray longed to return to his home in Montana and was able to convince the banking corporate offices to let him move his auditing office to the bank back in Great Falls.   In January 1972, Ray lost his wife and fourth child, John Carl, during childbirth. Ray then moved the family out to the Luft family farm while he continued to work in banking at the bank in Culbertson, MT.  However, Ray had a longing to live in the mountains since his parents took a trip out to Wyoming and Western Montana when he was a boy.  In the spring of 1976, he moved his children to the Flathead Valley, satisfying his immense love for the mountains and Glacier National Park.  While working winters at then Big Mountain Ski Resort, he met his future wife, Theresa Lowe, and they married on August 15, 1981.

Ray had always been a great cook, and in June of 1983 he and Theresa bought Burgertown in Bigfork, MT.  They owned and operated Burgertown until March of 2000 when they sold the business.  At that point, Ray pursued another lifelong dream to work for the National Park Service in Glacier National Park. He did so for several years before semi-retiring, at which point he worked for Xanterra for a couple summers before fully retiring.  Ray was an avid gardener, loved camping and the outdoors, and was a “Jack” of all trades. He was often being called on by his children and grandchildren for his wisdom and advice.

Buffalo Hill Funeral Home and Crematory is caring for Ray and his family.  No services will be held at Ray’s request.  If you wish to make a donation in his memory, we suggest the Glacier National Park Conservancy in particular to preserve and research Glacier National Park.