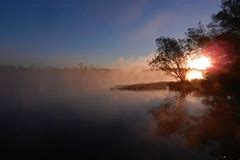 Richard was born in Pocatello, ID, on June 13, 1949, the son of the late Army Major Joseph and Carmen (Barkdull) Rough. He is survived by his spouse and best friend of 45 years, Pamela Ann, and his three children, Jodi, Erin and Brent. Grandchildren include Jesse Mcgillen, Brooke Mcgillen, Chance Meyers, Avrey, Hailey and Evan Mele. Great Grandchildren Liam, Amaralynn and Olivia. Richard is also survived by his sister Stephanie and Gene Klamm and many cousins, nieces and nephews.

Richard spent his childhood as a military brat travelling the world and living in interesting places. He graduated from Oxon Hill High School in Maryland in 1968. He played football and wrestled and was a force to be reckoned with. While wrestling he participated in many tournaments. In 1970 he served his country in the US Army as a field artillery operator.

Richard was an old hippie at heart, loved good music and was a strong advocate for helping others. He had a great love for nature and was an avid outdoorsman.  He had a great interest in Wolves and stories of Native American culture and Indian heritage. Richard was an avid pool player, winning various trophies and tournaments and making many good friends along the way. He was a lifelong Seahawk and Griz fan. He enjoyed yelling at the TV while watching the games and rooting for his teams.

Richard married the love of his life Pam in a small ceremony at the home of his parents in Hamilton, MT on October 2, 1976.  Together they operated the Ravalli County animal shelter in Hamilton and helped many homeless animals find forever homes. He studied at University of Montana earning his Bachelor's degree in Education and English in 1978 and studied Counseling at Montana State University Billings, graduating with a Master's Degree in Science - Special Education in 1985.

In 1986, the Rough family settled in Kalispell. Richard worked tirelessly to support his growing family, dedicating years of his life to helping others. For 27 years he was the Regional Program Officer for Senior and Long-term care for the state of Montana - Department of Public Health and Human Services. He developed the Service Animal program for the State of Montana providing service animals for seniors and disabled individuals.

During retirement Richard spent many hours walking his dogs in the peaceful nature of Conrad Cemetery. Richard and Pam thoroughly enjoyed tending their gardens and fruit trees creating a sanctuary at home.  His plentiful garden was shared with family, friends and often donated to those in need.

Richard is proceeded in death by his parents Joseph and Carmen, brother’s Joseph (Bam), Steven and the many animals he loved.

“How lucky I am to have something that makes saying goodbye so hard.” A.A. Milne.

A Celebration of Life will be held at a later date. Friends are encouraged to visit our website at www.buffalohillfh.com to leave notes of condolences for the family. Buffalo Hill Funeral Home and Crematory caring for the family.

To send flowers to the family or plant a tree in memory of Richard, please visit our floral store.

A Memorial Tree was planted for Richard

Join in honoring their life - plant a memorial tree

You can still show your support by sending flowers directly to the family, or by planting a memorial tree in the memory of Richard Brent Rough
Share a memory
© 2021 Buffalo Hill Funeral Home & Crematory. All Rights Reserved. Funeral Home website by CFS & TA | Terms of Use | Privacy Policy