Read more about the life story of Roberta and share your memory.

Roberta (Bobbi) Lucille Wilkinson Wisdom, 84, of Kalispell Montana, passed away on November 11, 2022 after a long fight with cancer and a osteoporosis.

Bobbi was born on May 11, 1938 to Robert and Sis Wilkinson in Trenton North Dakota. After Bobbi graduated from Williston high school, she went on to study Education at the University of Northern Colorado in Greely. She belonged to the sorority Theta Sigma Upsilon where she made many lifelong friends.

After graduating with a degree in Education, she started her first job as a teacher in Long Beach California, the beginning of a long, rewarding, life loving to help young boys and girls grow up to be wonderful men and women. She loved teaching and she touched many hearts and minds.  Many students remember her fondly and stayed in touch through out the years.  Bobbi was a stranger to no one, freely talking with friends, students, and anyone she came in contact with.  There were no “quick” trips to the mall with Bobbi as she seemed to know everyone.

In late 1957, Bobbi met the love of her life, Thomas Wayne Wisdom in Greely Colorado. Tom and Bobbi were married in August 1959 in Williston North Dakota.  Tom and Bobbi went on to adopt two children, Todd and Taira.  They moved to Kalispell in February 1974 and never left this beautiful place.  Bobbi began teaching seventh and eighth grade in Lakeside in the fall of 1974.

In 2003, Bobbi retired from Somers school and spent her time loving her family and gardening.  Bobbi never met a flower she didn’t like.  Bobbi, her daughter Taira, and son-in-law Jon, spent many hours and days in their gardens bringing color and happiness to the neighborhood.

Bobbi was predeceased by her husband Tom, her brother Larry, her father Robert, and her mother Sis. She is survived by her son Todd, her daughter Taira (Jon), her grandchildren Ryan, Kathryn and Logan, and great grandchild Dean.

To send flowers to the family or plant a tree in memory of Roberta L. Wisdom, please visit our floral store. 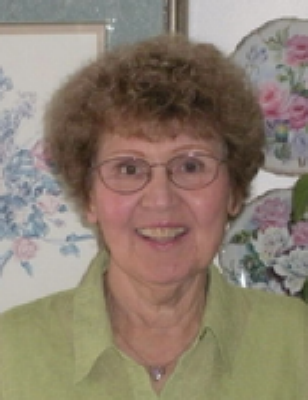