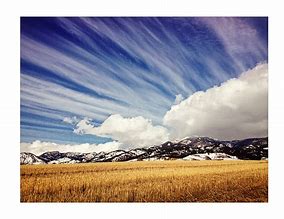 Ronnie was born in the coal mining town of Jenkins, Kentucky, February 9th, 1935, to Russell Moses Swindall and Florence Adams. In 1952, he married his childhood sweetheart, Margaret Ann Lawson, and together they celebrated 69 years of marriage.

After graduating from Jenkins High School, he earned an electrical engineering degree from the University of Kentucky in 1956. His engineering career started in Bristol, Tennessee, with the Raytheon guided missile program. In 1965, he moved to Lexington, Kentucky, and became a facilities engineer with IBM. In 1968, Ronnie made a bold decision to transfer with IBM, moving his family to Austin, Texas. In 1987, he took advantage of an early retirement program with IBM and spent two years teaching Electrical Engineering at Washington State University. In 1989, after retiring, Ronnie and Margaret moved to Kalispell, Montana.

Ronnie called himself a hillbilly. In his Kentucky drawl, he would often tell to anybody who would listen about his family’s heritage and swap stories of hunting and fishing. He was a pioneer of modern bowhunting from the 1950s and traveled to Montana to hunt elk for the first time in 1964. Favorite pastimes included running, motorcycling, picking huckleberries, teaching kids to ride bicycles for the first time, shooting free throws, and following Kentucky Wildcat basketball. However, those things paled in comparison to how much he treasured his friends and family, especially his grandchildren. Each year, he and Margaret would take a road trip from Montana across Colorado, Texas, Tennessee, Kentucky, and Virginia just to visit with even the most distant of relatives and friends.

Ronnie could recite many poems learned in his youth; such as Longfellow’s, A Psalm of Life, “…Life is real! Life is earnest! And the grave is not its goal; dust thou art, to dust returnest, was not spoken of the soul…” He was a man that loved Jesus and his family and imprinted values, morals, wisdom, and special memories in our hearts forever.

To send flowers to the family or plant a tree in memory of Ronnie Swindall, please visit our floral store.

A Memorial Tree was planted for Ronnie

Join in honoring their life - plant a memorial tree