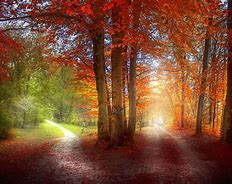 Spencer grew up in Kalispell. He attended Edgerton Elementary School followed by his high school years at Glacier High School. Spencer Riley Bain was a vibrant young man with a quick smile and a quicker wit. He had limitless creative energy, which he poured into telling jokes, pulling pranks, and being goofy just to make others laugh. He dreamed of a future in engineering or aviation and invested countless hours into flying, deconstructing, and rebuilding drones and remote-controlled planes, making improvements or completely redesigning them. Give him anything electronic, and he could disassemble and rebuild it in some new, unusual way. His little brothers were his copilots, and he loved adventuring with them and turning cardboard boxes into castles and race cars for them to play in. Spencer especially loved speed, and his hobbies tended to include it—snowboarding, dirt biking, four wheeling, running, and collecting speeding tickets—most of which he enjoyed with his family; friends; and dog, Jackson. He was also passionate about music, spending many hours at the piano, in his car with the sound system cranked up, and walking through the neighborhood with his earbuds. He scribbled lyrics down on anything he could find and sang to his friends in the car.

Spencer was constantly on the hunt to find the ultimate sour candy and conquer it. Seafood nights were the highlight of dinners. At times, he wandered into the kitchen to experiment with smoothies, make a single bowl of ice cream from scratch, or invent some strange concoction that he and his cousins dared each other to try—or tried to trick his mom into eating.

Of course, he also had his serious side: Spencer had a heart for other people, and he was always prepared to help out anyone who needed it, whether with a smile or a couple bucks. He couldn’t stand to see anyone lonely or struggling, and he made it a point to reach out because he believed everyone should have someone kind and uplifting looking out for them. He wasn’t afraid to meet and talk to new people (especially when his plane was stuck on their roof).

He was a wonderful son who loved his parents and made them proud every day. He was a thoughtful, one-of-a-kind brother; a favorite cousin and best friend; and a treasured grandson and nephew.

Spencer is proceeded in death by his Great Grandparents; Margaret and Richard Trame, Herb and Vivi Poole, Don and Vivian Hartman and Art and Dorothy Bain.

A Memorial Service will be held at a later date this summer. A private Family Graveside Service will take place at ‘Glacier Memorial Gardens.’

In lieu of flowers or gifts please send donations to ‘Kalispell School District (5)’ in Spencer’s name to assist youths in need.

Friends are encouraged to visit our website at www.buffalohillfh.com to leave notes of condolences for the family. Buffalo Hill Funeral Home and Crematory caring for the family.

To send flowers to the family or plant a tree in memory of Spencer R. Bain, please visit our floral store.

You can still show your support by sending flowers directly to the family, or by planting a memorial tree in the memory of Spencer R. Bain
Share a memory
© 2020 Buffalo Hill Funeral Home & Crematory. All Rights Reserved. Funeral Home website by CFS